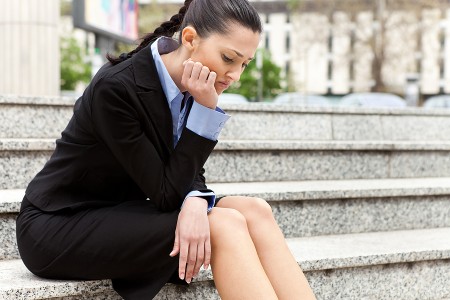 In a recent article in The Atlantic, business and economics editor Megan McArdle shared her personal reaction to her early career unemployment:

I was unemployed for basically two years between the time I graduated from business school in 2001, and the time I accepted a job with The Economist in 2003.  I was much luckier than most people in that situation, both because my parents let me stay in their spare bedroom, and because I was working during much of that time–freelancing, flirting with a start up, doing some tech consulting, and of course, working in a trailer at Ground Zero.  But none of these were permanent, and at the time, it wasn’t clear that any of them were going to turn into something.

I felt the isolation and the desperate fear of everyone who doesn’t have a “real job”, the people who don’t know how they’re going to earn enough over the next forty years to keep body and soul together.  I experienced real despair for the first time in my life.  And it changed me, permanently.

The least important change was the one that is best measured: people who have a bout of unemployment at the beginning of their careers still earn less than their peers ten years later. What really matters is how it changed my outlook on the world.  I became afraid then in a way that has never really left me.  I obsess about economic security.  I catastrophize small setbacks.

Before 2001, I was fairly blithely indifferent to the prospect of misfortune; now I spend an awful lot of time cataloguing everything that could possibly go wrong.  My grandfather used to hide pretty substantial sums of money around the house, the legacy of the Great Depression’s bank failures, which I thought was very funny. Now it sounds sort of sensible.

There was also the crushing sense of isolation, and failure. (Emphasis was added to certain key phrases in her description.)

She’s describing a change that she’s noticed has been permanent. Such is the nature of the traumatic freeze response.

But it need NOT be permanent!

I suspect that if Megan had been isolated in the wilderness back then, and broken her leg, and it didn’t set straight, once she arrived back in civilization, she’d have consulted with a surgeon who very likely could reset the break. She’d then expect to spend some time in physical therapy strengthening the muscles and evening out her gait.

Yet when it comes to a psychological “break” like she describes, the expectation is that this is a permanent personality adjustment. Our society has the belief that we need to just limp along, misaligned and afraid. It need not be!

How Can You Correct This?

1) The correction starts with acknowledging that a trauma has occurred. Most of us haven’t been taught to look our emotions and beliefs squarely in the eye. Noticing that there is a problem is only helpful if there is a possible fix. Otherwise, why bother?! Traumas can be healed and released. It actually takes more strength and courage to admit there is a issue than it does to deny it, but in the long run it is well worth it!

2) Next, you understand that a part of you is still stuck in a primitive brain response. When we lose a job or face a series of disappointments, we may have no one to fight, no place to run. Our primitive brain may freeze, trying to protect us. Understanding what happened and why can bring a huge sense of relief. You are not crazy. There is nothing “wrong” with you. Your body and brain are doing their best to help, and they just got stuck partway through the process.

3) You use then a series of self-change techniques, such as EFT Tapping, to UNFREEZE the trauma. Discharge it, and free all the stuck energy and power in your body. While it can be frightening to face the feelings, releasing them feels AMAZING!

4) Then you energetically recalibrate your system. How? By consciously deciding how you would like to feel, and integrating that into your system. Tapping works powerfully to anchor the positive beliefs and directions. Continue the healing process until you and your trusted observers (coaches, friends, inner guides) agree that you are processing the world in an empowered way.

You start living with confidence again.

Megan points out that people who are  unemployed long term often make far less than their peers 10 years later. Why?

Well, she makes it clear that people who are living in a fearful place, where scarcity is their world, ACCEPT first offers without even asking the pay. They avoid asking for raises out of fear. They are more likely to stay in the same job rather than take the measured risk of looking for and getting a new position.

Those of us who work with these kinds of very human traumas know they can shift. Our clients give us feedback of how different life looks  when those frozen fears are cleared out. And we’ve had the experience personally. 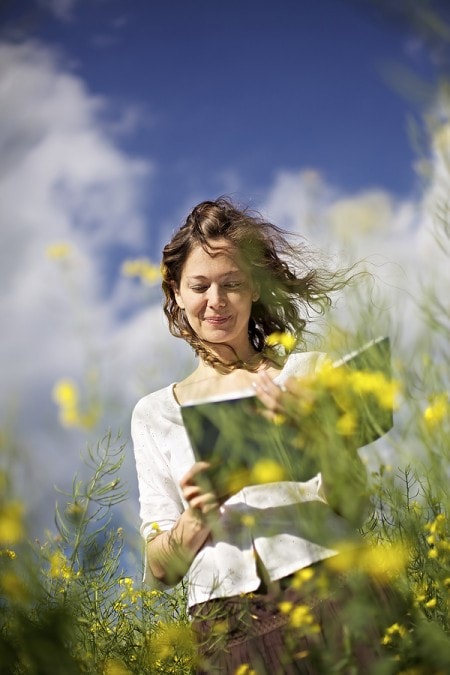 No, it doesn’t always happen in a minute. But we can shift our energy in ways that are not yet widely known. It is our hope… and our mission… to do whatever we can to educate people about these frozen energies and how they DO affect our lives… and with warmth and self-love, a circle of support, some skill and attention… your emotional world can be restored so you can live, laugh, and love with confidence once again.

If you want to jump in with a group that helps you clear your blocks to abundance and release old traumas and negative beliefs, our Group Coaching Program is available now. In two minutes you could be “tapping” into resources and changing your mind from the inside out! Join us today.