Dealing with the Fear of the Unpredictable

The Secret To… Your Powerful, Confident YES!!

Guidance – God, You and I Dance

Take the Failure Feeling Out of Wanting MORE! 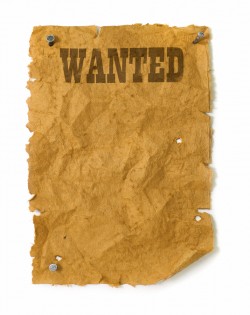 When we want something and don’t have it, our brain can use that as evidence that we’re not good enough…that we’re a failure.

Yet, intelligent, warm, creative people tend to have a lot of desires! We can think up new stuff and new experiences really easily. Hourly, even! So if part of our psyche has linked “Not yet? We’ve failed!” …we end up with lots of ‘evidence’ that we lack manifestation power.

What if we could change that around… and start feeling empowered by our as-yet-unmet desires?

Consider this quote from Abraham-Hicks:

“When the desire is born, right away you start counting yourselves a failure, because you’ve got this desire that hasn’t been satisfied. Know that you never get it done! And, since you never get it done, it’s time to stop being unhappy about what’s undone, because most of it is undone! You are an eternal being. Most of it is undone! Instead of taking score about what’s been achieved — we want you to start feeling anticipation about what is still to arrive!”

That feeling of failure can also come when we compare ourselves to others. It’s easy to get caught up in what other people are creating, what they have, and what you don’t. It’s easy to feel jealous and hurt that you don’t have it (whatever it is), too. We count ourselves as failures because we’re not as good as him, we don’t have as much as her, we haven’t done as much as them… on top of all the desires we have that haven’t been met.

We’ve all been there!

Most of us are tuned to fixing things… like our perceived failures. Our primitive brain wants to avoid any discomfort in the moment. It wants all desires met instantly. But many of our desires are complex. We are intelligent, creative people who want, well… magical outcomes. Some of those may take time to manifest. And many desires change as life exposes us to new ideas and expanded perspectives.

Our human desires today… create our Future. Always have.

Consider someone from the 1800s. If we put him in our world, he would be stunned and baffled. When we want warmth, we push a button on the wall and heat pours out of hidden openings. No coal or wood required. No splinters, bashed fingers, choking smoke, or struggle.

When we want food, we either pick up a phone and have someone bring it to us, or open a large box full of food that would seem inconceivable to our friend from just 200 years ago: oranges and grapes in the middle of winter, fresh vegetables and rare cuts of meat. We might have fish even though we live hours from the coast, and fresh eggs and milk even though we’re nowhere near a farm. To cook food, we don’t need to resort to burning fuel and slowly heating it. We can toss it in another box, push a button, and it heats up… Magically.

[If you’d like to see a clever depiction of how much life has improved for the world in the last 200 years, check out this 4 minute video: http://youtu.be/jbkSRLYSojo ]

Today, if we want to visit a loved one who lives a hundred miles away, we don’t have a horse drag us there over rough roads. It doesn’t take us 3 or 4 days to get there. We hop in a metal box, turn a key (no manure, no grooming, nothing that kicks… unless you have small children), and… poof! We’re there in a couple hours. The box is climate controlled, waterproof, comfortable, entertains us, and often can tell us how to get there. How abundant is that?!?

Say you don’t want to travel. In 1800 you could hand write a letter… if you could write… and if you could afford paper and postage… and assuming your friend could read what you wrote.

Now you have lots of options. You can call on landlines or cell phones. You can text. You can email. You can video call free with Skype… instantly connecting in a much richer way than our friend from the past could possibly imagine. He might well consider this magic!

Most of us live far more abundantly than the wealthiest and most powerful king did even 200 years ago. After all, tapestries were invented to help deflect the cold wind that blew through the castle, perfumes were used to cover up the smells of unwashed bodies, and spices were important to disguise the taste of rancid meat. Life wasn’t very pretty back then, even for the elite!

We have it pretty good these days, yet we keep reaching for more. And that’s wonderful! But maybe we don’t have to beat ourselves up while we reach?!

When you notice yourself envying someone who charges more than you do for their products, someone who has a nicer home or takes fantastic vacations, instead of blaming them or feeling like a failure yourself… try turning it around. What if you sent blessing to them for leading the way? For being pioneers on the leading edge of abundance?

The very things that are rare and elite today may be second nature to most of us in a few years. 15 years ago only the wealthy had mobile phones. Now most 10-year-olds have one. Those early adopters (with such strong desire to always feel connected) helped create the world where cell phones are everywhere. Thanks, guys!

When we send out that rocket of desire, we join with the desires of millions of other people to create a world where we can all have plenty. Sometimes that takes a bit of time to manifest. What if that’s ok? What if we could enjoy the anticipation?

So the next time you notice a desire, rather than beating yourself up as a failure for not having what you want yet, see if you can appreciate that your desire is changing the universe. Even if you don’t have it yet, who knows when the very thing you’ve been wanting will appear. (We’re personally anticipating a transporter beam and electronic chocolate delivery…)

Let’s do some EFT tapping on transforming any failure feelings you may have.

Karate Chop: Even though I feel bad because I want something and I don’t have it yet, I’m ready to turn this around and see it a different way.

Even though I thought I needed to have it or I’d be a failure, maybe it just hasn’t arrived yet, and maybe I’m ok anyway!

Even though I thought not having it meant I was bad, what if I could just enjoy dreaming about ways it could appear in my life?

Top of the Head: I thought I was bad.
Eyebrow: I thought I failed.
Side of the Eye: I wanted something,
Under the Eye: and I don’t have it!
Under the Nose: I thought that was evidence…
Chin: …That I was lacking.
Collarbone: I thought it meant I wasn’t good enough.
Under the Arm: That’s not a good feeling!

Top of the Head: What if it means something different?
Eyebrow: What if I could enjoy the feeling of desire?
Side of the Eye: It’s nice to have things to reach for.
Under the Eye: It feels good to have something to draw me forward.
Under the Nose: Maybe all these desires are signs…
Chin: …that I’m creative and inventive!
Collarbone: And playful and curious!
Under the Arm: I’m good at sending out lots of rockets of desire.

Top of the Head: I used to feel bad…
Eyebrow: When I saw other people having more.
Side of the Eye: But what if they’re paving the way?
Under the Eye: What if they’re making it easier.
Under the Nose: I was afraid there wasn’t enough.
Chin: I thought I had to grab mine… right NOW!
Collarbone: But the Universe is abundant.
Under the Arm: And it loves to fulfill our desires… over time.
Top of the Head: It’s ok to want things… and still feel good about me!

Can you think of 3 people who have something you desire…? Send them a energetic “thank you” for paving the way for abundance. How does that feel?

What times can you remember when anticipation was energizing… rather than a sign of failure? Doing some gentle positive tapping on those memories can help strengthen them and tune you in with the constructive side of wanting.

At Thriving Now, we take the hardship out of emotional transformation, so you can freely express love, laughter and your authentic gifts. If you’re ready to change your life, join us for our group coaching program and start Thriving!