People from all over the world are joining Reprogram Your Primitive Brain, and as they share their blocks and goals with us, Rick and I are excited to get started! We can’t wait to see the freedom and power they’ll have after the 6 week course!

Thank you for your feedback and enthusiastic support this week. It’s made a huge difference to us! And congratulations to those of you who joined the program already and have started engaging with us.

Remember, the doors close on this offer this Tuesday at midnight, and we’re not sure when the course will be available (at a higher price) again. Don’t let these 3 days pass you by and not give the decision mindful attention.

We know it isn’t the right fit or the right timing for everyone, and that’s okay.

For those who have a strong ASKING to let go of internal struggle and disappointment… we encourage you to make a mindful decision now. Many of you have been with us for many years. We’ve replied to thousands of you personally about your struggles and dreams. We’ve designed this program in response to that ASKING:

One of the weeks we’ll be targeting Disappointment…

Because fear of disappointment can FREEZE people in their tracks!

The fear of not being good enough can stop people from writing a report or a newsletter.

The fear of someone saying no can stop people from asking for what they want.

The fear of having a bad time stops people from going to parties or hanging out with their friends. 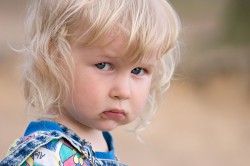 It may sound trivial… but most of us “learned” about disappointment when we were little. A small child WANTS A LOT. And when she doesn’t get what she craves, it HURTS. Most people don’t know how to soothe or comfort a child around disappointment. They just want them to stop crying. They say things like:

– That’s life!
– Stop crying or I’ll give you something to cry about.
– Stop whining!
– You’re a spoiled brat!
– If you keep this up, you won’t get anything!

Or they might ignore the child. Ouchy heart time…

None of those things help the child understand what to do or how to feel better. The pain feels overwhelming, it feels like there isn’t any support (in fact, there is judgement around the feelings!). This can create a “log jam” in the primitive brain.

The primitive brain can decide… “Oh No! Disappointment is really dangerous. We should avoid that at all costs.”

Ask yourself… Do you feel hesitant or afraid of being hurt when you:

– Ask a friend for a favor?
– Want a raise?
– Plan something that should be fun with friends?
– Buy something special for yourself?

Disappointment hurts! Hopes and dreams can be delicious, and when we have to change direction to find something new, it can hurt. But it doesn’t have to hurt as much as people might think, once the primitive brain is relaxed (and reprogrammed) about it.

Most people won’t feel crushed if the nearest gas station is closed for repairs… they shrug and go to the one around the corner. It’s a bit of extra work and thought, but it doesn’t HURT.

Going to the next best dream and hope can be the same way. Especially because, as adults, there are so many more options and a lot more power.

A 3-year-old has limited options and not a lot of experience. That 3-year-old can’t shrug and go to the next parents down the street, and doesn’t have the experience to know other options come along in time.

With some tapping and clearing (we’ll go deeper into this in Reprogram Your Primitive Brain and clear out the hidden pockets of fear and hurt you have), Disappointment isn’t so scary. You return the dress that didn’t really go with those shoes. You laugh because the dinner burned and end up sitting on the floor having a blast with your friends eating pizza instead. You attract a new friend to help you with your project. You start to see new options because you aren’t crushed by the pain of disappointment.

There are new dreams right around the corner. There are new hopes and lots more fun just next door. People don’t need to hold on like a small child screaming for her blanket. And when they can let go and open up, they can find beautiful new hopes and dreams.

Lets do some tapping:

Karate Chop: Even though disappointment has hurt so much in the past… I’m open to feeling calm and confident and releasing the old fears and beliefs.

Even though I’ve been avoiding disappointment like I avoid electric shock in winter, but it keeps pinging me, I’m ready to soothe and comfort my primitive brain so it doesn’t have to hurt so much… and I can see new options.

Even though it’s hurt like crazy in the past, and part of me learned to play small and quiet so I don’t get hurt, I choose to release this pain around disappointment so I can have more power and ease.

Top of the Head: I’m afraid of disappointment.
Eyebrow: It hurts just as much as it did back then!
Side of the Eye: I don’t want to hurt that much again, EVER!
Under the Eye: The pain felt like it would crush me…
Under the Nose: Like it would break my heart.
Chin: Of course I was a small child.
Collarbone: And I didn’t know how to soothe me.
Under the Arm: No one knew how to soothe me.

Top of the Head: I send love and compassion back to that little one.
Eyebrow: She did her best, in the middle of pain and confusion.
Side of the Eye: She decided that disappointment was horrible.
Under the Eye: Because she didn’t have a way to deal with it.
Under the Nose: I can deal with it now.
Chin: I can look at it in baby steps…
Collarbone: Tapping while I go.
Under the Arm: I can hang out with people who are willing to listen.

Top of the Head: That support means a lot.
Eyebrow: It means my primitive brain won’t feel alone!
Side of the Eye: And I can remind myself…
Under the Eye: That this BIG hurt is from long ago.
Under the Nose: When I felt lost and abandoned and stuck.
Chin: I have so many more options now.
Collarbone: I don’t always get what I want…
Under the Arm: But when I relax and release…
Top of the Head: I might find that I get more than I hoped.

First of all… congratulate yourself on tapping on something difficult, and giving yourself this gift. You’re doing great!

Sometimes the Universe does say no to us… sometimes a friend says no. But when we don’t get stuck… when that is NOT “proof” to our primitive brain that… we’re not safe… we’re not loved enough… we’re not competent to get what we want… sometimes the most delicious thing happens. We find that we get something even better than what we wanted in the first place.

If some memories or thoughts came to you while you tapped, write them down and tap on them… or join us in Reprogram Your Primitive Brain where we’ll walk you through tapping and clearing these old hurts, so you can have freedom, ease, and fun!

Warm Wishes to you all!
Cathy & Rick