Guilt About Having A Dream Job AND Making Lots of Money

I have an inner conflict regarding my job. I love what I do. That’s part of the problem! I worry that it isn’t important enough and feel guilty. Shouldn’t I be in Africa saving kids or helping people in some way? I feel fulfilled and happy but rather guilty. I’d like to get that out of the way so I can flourish at my job and give it the energy and focus I want to. — Amy 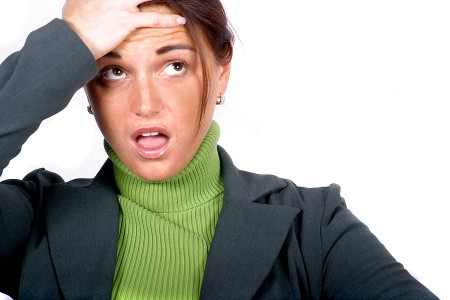 Do you think that someone who paints a masterpiece contributes as much to the well-being of people as someone who works in a soup kitchen? Does someone who writes beautiful music that brings peace and inspiration contribute as much as a loving nurse in a hospital?

We believe that we are on this earth to create and feel joyful. What if, by following your bliss, you create things that may touch people’s minds in subtle and beautiful ways, just as someone else might soothe and nurture children? And what if your joy helps make the world a better place on top of that. AND what if your example helps other people reach for what makes their heart sing, so ripples of heart-centered creativity spread out around you? To us, engaging in work that YOU find amazing and fulfilling improves lots of people’s lives.

What specifically is your belief? How “must” you contribute to be worthwhile? Who told you? How do you know it’s true?

I think it comes down to the question: If everyone deserves abundance, then how and why should I have it when others don’t? Can I really have my dream job AND make money? Is that fair? — Amy

Why do you feel guilty if they have less?

What does you having more do to them? Make them sad? Does it take away from them somehow?

We all attract different things and there is no way to make everything completely “fair.” What is FAIR anyway? If I LOVE tuna sandwiches, and I have one, but you HATE tuna and love the peanut butter and jelly sandwich you have, is that unfair? What if I have 2 tuna sandwiches? What if there is unlimited abundance (sandwiches) for everyone, and some people are experiencing and allowing different numbers of sandwiches? If I feel guilty for having 2 sandwiches, and give you one of mine, does that make you any happier? Not if you don’t like tuna…!

What if you can enjoy your abundance and know that the Universe is very willing to give others the abundance they allow? And perhaps your example will inspire others to allow more into their lives?

Notice what comes up when you do this tapping. It can help you identify the beliefs and fears your subconscious is holding onto.

Karate Chop: Even though I feel so guilty when I think I have more than others, I’m open to clarity and peace, knowing there is abundance for all.

Even though I can’t have more than others, it would mean I’m selfish and bad, where did I learn that, and is it really true? I’d like to see things in a new and more empowering way.

Even though I feel trapped with this guilt, I can’t have more until they do, what if we’re all trapped waiting for the others to have enough so we can have abundance? I’m ready to release myself from this conflict and find freedom and peace… and lots of abundance.

Top of the Head: I feel so guilty.
Eyebrow: I shouldn’t even want more.
Side of the Eye: Much less have it!
Under the Eye: They don’t have it yet.
Under the Nose: They’re still struggling.
Chin: So I have to struggle too!
Collarbone: It’s the rule.
Under the Arm: That’s what they told me.

Top of the Head: Who decided this rule?
Eyebrow: How do I know it’s true?
Side of the Eye: They certainly seemed to believe it.
Under the Eye: But people sometimes believe things that are false.
Under the Nose: What if this is an old lame story…
Chin: Passed down for generations.
Collarbone: What if it isn’t true?
Under the Arm: And it’s been holding us all back? 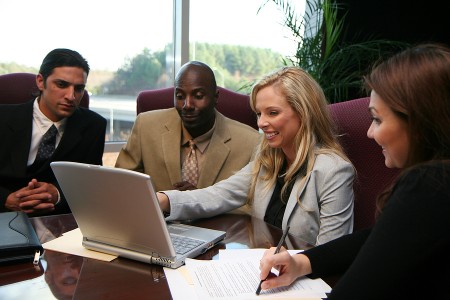 How does that feel? What came up?

We help people with abundance issues and limiting beliefs on many of our Group Coaching calls. In fact, we have calls dedicated to Financial Abundance twice a month. Why not join today?! I have an inner conflict regarding my job. I love what I do. That’s part of the problem! I worry that it isn’t important enough and feel guilty. Shouldn’t I be in Africa saving kids or helping people in some way? I feel fulfilled and happy but rather guilty. I’d like to get that out of the way so I can flourish at my job and give it the energy and focus I want to.