What do ALL MEN have in common?

What do ALL MEN have in common?

Is there something that all men have at their core… that is an aspect you must deal with in any relationship or interaction with a man? 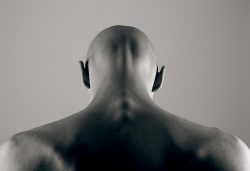 His Primitive Brain. All Men Have One.

And you can’t avoid it. How a man handles his primitive brain determines whether he’s Fighting the world (and you at times) or Loving it.

Primal survival parts of him will either let him focus and engage in long-lasting devotion to the mission and intentions you share… or compel him to flee.

And then there are those triggers from past trauma, self-criticism, and fearful phobias that can stop him, freeze him, and deplete his vitality and libido until you’d rather have a statue of him than “what’s left.”

Now, imagine you’re wanting a Juicy Safe Lovership with a man… who has a primitive brain that has all this fight-flight-freeze nonsense going on?

Oh, and you can replace “man” above with woman, boy, girl, they, them, US ALL. We ALL have a primitive brain and WE ALL bring it to every relationship we have… including the one with ourselves.

I know that understanding can lead to healthy compassion and empathy. Even more so, I value co-creating lovescapes that nurture us ALL…

When the primitive brain is active, human beings behave in ways that can be abhorrent. And even people who have that part pretty under control can close off to the kinds of deep safe juicy intimacy possible between people of any and all genders who WANT to love each other…

This work is CORE for me. It’s why I tap, why I chose this field… and why my gratitude for you (who just spent a bit of your life reading these words) is so inexpressibly vast.

I crave your engagement as part of this exploration. If you’re willing to share your experiences with men and their primitive brains, and how yours has interacted and been triggered too, we welcome your thoughts and replies to support@thrivingnow.com or comment below.

You’re also invited to… Learn more about the primitive brain and how trauma affects us and can be addressed using EFT Tapping. It’s free.