We’ve been talking about the primitive brain and how powerfully it can affect our lives.

That is especially true around abundance.

The more our primitive brain realizes that there is plenty, and that others can have lots too, the easier it is to open up and allow more good stuff in.

Think about it this way… in an isolated tribe, where our ancestors had to rely on each other for survival, having a lot more than anyone else wasn’t really smart. Jealousy, resentments, judgement might creep in. Our brains evolved to fit in, to play it safe, to conform to what others did and had. 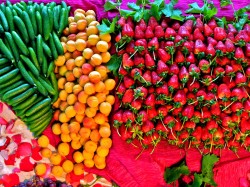 The world has evolved since then, and so have we. There are lots more resources, and abundance isn’t limited to what a small tribe of people hunting for food can scrape together. We have electricity delivered to our home, grocery stores with foods from all over the world, clean running water, central heat and air for many people. And information is available at levels we never before dreamed.

Some people struggle with abundance. Often, old patterns get in the way, and they may not see options that would create joy and ease right in front of them. It isn’t their fault… no one ever taught them a different way of being.

One of the fastest ways to open up to abundance… and to allow your brain to feel safe with having more… is to allow yourself to experience abundance with others, whenever you can. This can literally retrain your brain!

Let’s invite your primitive brain to feel safer allowing more! When your whole being is aligned with this, letting the Universe deliver what you’ve been asking for becomes a LOT easier!

Karate Chop: Even though part of me thinks it’s safer to hold back, another part of me wants lots more abundance, of all kinds.

Even though my primitive brain is doing its best to protect me… in the best way it knows how…I think its time to give it a gentle upgrade and offer new options!

Top of the Head: I have been struggling to have more abundance.
Eyebrow: Part of me is resisting.
Side of the Eye: I’m afraid to stand out.
Under the Eye: I’m afraid to have too much.
Under the Nose: I don’t want to make other people uncomfortable…
Chin: Or angry!
Collarbone: My primitive brain has been “protecting” me.
Under the Arm: And I’m ready to give my brain some more useful ways to do that.

Top of the Head: Hey, primitive brain.
Eyebrow: Thank you for caring so much about me.
Side of the Eye: I know you want to keep me safe.
Under the Eye: You’ve worked really hard.
Under the Nose: And I appreciate you (sometimes).
Chin: And I’d like to offer you some new information…
Collarbone: There a lot of people with lots of abundance!
Under the Arm: It’s ok to have more.

Top of the Head: There is enough for everyone…
Eyebrow: And I’d like to role model the joys of allowing plenty.
Side of the Eye: It is ok to enjoy having abundance.
Under the Eye: And I’m going to help you see that…
Under the Nose: I’m going to hang out with people who are experiencing plenty.
Chin: I’m going to be part of all kinds of bounty.
Collarbone: And I invite all of me to delight and play in abundance.
Under the Arm: It is time to change my abundance set point.
Top of the Head: It is time to play and allow.

Seeing abundance and options over time is a great way to recondition the primitive brain. The more you can tune into safe ways of having abundance, the easier it gets to open up to it in all areas. Notice what thoughts, memories, and beliefs come up for you as you tap, and write them down to tap on more later.