Are your emotions CONTAGIOUS?

Are your emotions CONTAGIOUS?

Mine certainly were, and I didn’t understand why.

I’d be sitting ALONE in my office, far away from everyone else in the building. There would be a software bug, and POW!

I would feel this surge of emotion. Anger. Frustration. Rage at the ridiculousness of wasting so much time on a simple BUG that was tormenting me!

As I struggled for the next hour to fix the problem, I didn’t realize what was happening to the rest of my 20 employees in the building.

And I’d like to share with you how to stop passing your angers, frustrations, and fears on to others… and immunize yourself at the same time.

I used to think, naively, that my emotions were my own. That what *I* felt SHOULD have no impact on others… and if it did, that was their problem.

Sure, if I was angry WITH them, it would make sense for them to suffer. Isn’t that the idea? (Right, Dad?)

But what about anger directed at a computer? Or worry about someone else? Or ‘secret’ fears, doubts, and despair?

Why do these seem to pass from person to person even faster than the common cold at a kissing booth?

It’s because… our primitive brains are connected.

The most core, primal, survival-oriented part of us is designed to detect threats. And it’s learned to “act first… and figure it out later.” 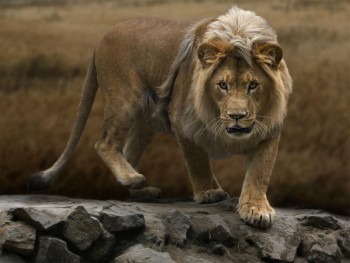 The primitive brain can see though the eyes of others in our tribe. It can hear through their ears. It can feel the sudden pains in their hearts. If any of us senses the lion’s approach… we all FEEL it.

This is incredibly useful when we, as humans without fangs or claws, needed to survive on open plains together. We needed to tune into THREATS in a way that we could know all know immediately when danger approached… and when it had ARRIVED.

When the alarm is triggered, our whole body reacts. And unless we reprogram ourselves, we have no choice in that reaction. Period.

My rage at the computer even if silent (and sometimes I wasn’t)… even if behind closed doors… raised an alarm subconsciously in every employee that worked for me. OMG! The pack leader is fighting with… SOMETHING!

Can you feel that?

The ripples of whatever I was feeling, as pack leader, ran through everyone else. Worry? They caught it. Frustration? Yep! And they’d pass it on to customers calling in (even though they tried their best not to).

Imagine for a moment that you’re in an office. The “boss” is upset about something. How immune are you from that upset?

You arrive home… and your partner is intensely worried about something. Or one of your kids is emotionally hiding after being teased at school. How immune are you?

When we care, we are tuned in to the primitive brain of ALL those we care about.

And this is where it gets good.

Knowing that our primitive brains are connected, sharing emotions, we have the OPPORTUNITY to change our inner world… and the world of those we’re connected to.

By reprogramming our primitive brain.

And it’s not as hard as it sounds. I can teach someone how to write a simple computer program in 5 minutes. Cathy and I together can teach you how to start reprogramming your primitive brain in no time!

And if you give it just 20 minutes a day worth of time and attention, for a few weeks, you will have developed a skill that is even more valuable than being an expert computer programmer. 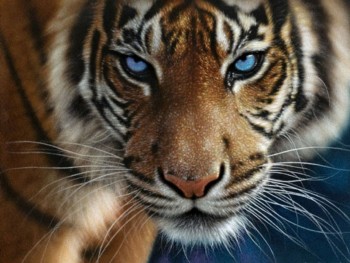 Using tapping in a specific way, I reprogrammed my reaction to computer failures so that my new natural response to them is more like a fly annoying me than a tiger attacking me. You can imagine the difference that makes to the primitive brains connected to me.

Also, by clearing out frozen energy in my body-mind, my own primitive brain has become resilient to other people’s primitive emotional reactions… at a level I never dreamed possible for such a sensitive person. I’d say I am even more sensitive than before, yet I today am more Loving Tiger Whisperer than screaming whip cracker and gunslinger. Does that make sense?

If is appeals to you to balance your own emotions…

Then we invite you to Reprogram Your Primitive Brain.

Of course not. This isn’t taught in schools.

Of course not. Your primitive brain is likely stressed from never feeling like it can take a break. We know how to shift that.

Of course not. No one can. It’s why Cathy and I will be there to make it as easy as possible for you.

Why? Because for Cathy and I, it is our mission to bring this awareness to Light. When we all learn how to detect that someone is “in their primitive brain” we can each respond in a healthy way rather than a reactive way. We can offer a hug or help… and not join in the battle.

The world has enough battles going on…

We want to co-creative safe, healthy, loving connections. That requires a shift out of the primitive brain into the whole of the body-mind.

It’s an honor that individuals from 77 countries have already taken this program with us. It’s making a difference.

We want this idea to spread… and we want peace and confidence for each and every person… and for YOU.

Let’s do this together! You can sign up here:

With love and support,

P.S. We invite you to share this with others in our tribe. Thanks for spreading the word!