Healing Your Guilt and Shame Around Money
Cast Off Ancestral Shackles and Create Abundance Now!

Do You Get Confused and Overwhelmed Around Money?
Your Own Integrity May Be Getting In The Way!

We’ll show you a new way to engage with Money and Abundance… so you can release inner conflict and naturally and confidently transform your relationship with money!

Do you find yourself planning, dreaming, working toward a goal around money and abundance, only to have it fall flat? Do you save, skimp, and do without in order to put some money aside… only to have it all go away ?

Do you want to earn more, allow more, or raise your rates… and yet you can’t move forward… like you’re shackled to some invisible wall? And all the while, time is ticking away and the number of years left to make a difference and enjoy abundance keep slipping away. Ugh. What a rotten feeling.

We get it. We’ve been where you are. It doesn’t matter if you make a little (like Cathy did in grad school) or a lot (Cathy suddenly made 4 times her grad school salary in her first job)… you can still struggle with money.

Cathy was just as broke and confused around money as an engineer as she was as a poor student.  She couldn’t figure out what was wrong! She was so frustrated, and it seemed like the harder she tried, the worse off she was… She was bound by old beliefs and subconscious restrictions… the Ancestral Shackles she had inherited around MONEY.

When she discovered Tapping (EFT), it started to help. Some of the most obvious tension let up, and it became easier to accept raises at work and even put some money aside. But there was still an underlying distress around money. Something felt OFF. Allowing herself to experience abundance felt somehow wrong… like it violated some unknown commitment she’d made to herself.

After working with 1000’s of people around financial struggles, and exploring what blocked each of them… we discovered that there was one fundamental, core belief that caused this money struggle. Once this belief was upgraded — and experienced in a new light — the struggle disappeared… along with many limiting beliefs that were built on it. The Guilt’s and Shame’s around money evaporated and cleared surprisingly quickly!

We also realized that this struggle was NEVER YOUR FAULT!

In fact… it is often the people with the most integrity and compassion that struggle the worst… because of this fundamental belief.

We saw that if you upgraded this one belief around money, the new perspective acted like Teflon — so many old limiting beliefs just slid off the surface and got out of the way… for good!

And while there were sometimes some old habits to change, they became easy to notice and fun to switch.

Imagine feeling aligned and in integrity as you naturally accumulated money… What if you could easily ask for a raise or increase your rates, knowing that you are congruent with your values and what you offer the world?

What if you could quickly and accurately identify the old beliefs and gently upgrade them in a matter of minutes!? … And know from head to toe what activities to pursue that both attract financial abundance and are aligned with your high standards…

When you understand this block and distinguish how it’s been affecting your life, you’ll:

What you’ll get in this course:

This new viewpoint will act as a lock pick for those old ancestral shackles, and you’ll feel lighter as Guilt’s and Shame’s disappear from your life… permanently!

Clearing the path for a new relationship with abundance is truly priceless. Getting out of your own way around money can increase your ease, your savings, your income, and your comfort day after day, month after month, transforming your life in ways you might not even imagine.

How much is it costing you now in terms of lost income, stress, relationship conflict, and missed opportunities to continue to struggle… fighting your own integrity and being in conflict with yourself and others?!

How much money do you let slip through your fingers because of lack of alignment, stress, confusion, and frustration?!

We’ve intentionally priced this program to make it as accessible to as many people as possible. We’re offering the program at $47 (and we're even making a gliding scale available!). It’s our way of thanking you — our community — for your feedback, suggestions, and hearty encouragement that this is a program you want and need. It’s also our contribution to making the world a bright shiny place full of ease and abundance… <smile>

Instead of struggling with your own integrity… get aligned and start releasing old beliefs TODAY! Don’t miss out on YOUR abundance because you’re stuck in the Middle Ages around money.

Get your copy of the program now, and create a new, POWERFUL opening to abundance!

You will have immediate access to this online program. You can view the videos in the private portal or you can download the videos, audio soundtracks, and PDF transcripts to your computer, phone, iPad, or tablet so you can benefit anytime, anywhere… forever. Click below to order now. 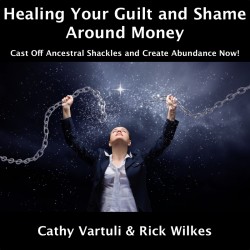 All of our programs have 60 day money back guarantees, so if you aren’t delighted and encouraged by your progress and insights, just let us know within 60 days of purchase, and we’ll gladly refund every penny of your purchase.

Purchase Healing Your Guilt and Shame Around Money and get lifetime access to the recordings and videos. You get 17 coaching and tapping videos with audios and transcripts to help you clear and release old patterns and beliefs about money. Just $47 (gliding scale available).

Get the Course Now

You can also choose to join our Emotional Freedom Circle and get access to this program as part of the circle membership. (You can easily cancel anytime, and this program also has a 60-day money back guarantee. The circle is available on a gliding scale, too!)

If this resonates with you, we hope you’ll join us. We want to live in a world of grounded, connected, loving people who can let happiness and delight in their lives, and we’d love you to be part of creating this. 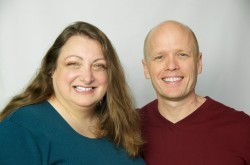 P.S. If you don’t change your core beliefs about money, it’s likely you won’t change your behavior or money situation. The average 50-year-old has less than $44,000 in retirement savings, and the average family is $10’s of thousands in debt. Don’t lose your freedom and your life to your struggle with money. Reclaim your abundance today!

P.P.S. Remember that we’ll show you how an old concept of money is keeping you stuck. Once your integrity isn’t blocking you, you will be able to release limiting beliefs, ancestral shackles, guilt’s and shame’s with ease. Get The Course Now.